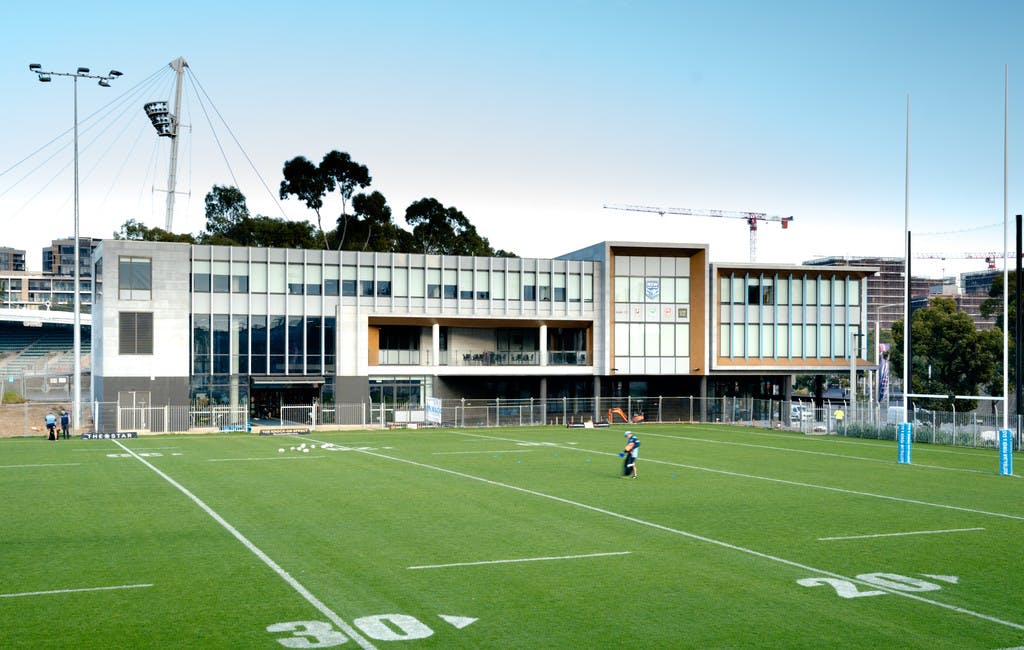 ADCO was proud to be named Builder of Choice for NSW Rugby League’s Centre of Excellence at Sydney Olympic Park.

Working with architects Populous and project managers APP, ADCO delivered the Centre of Excellence earlier this year, and the building will be used for the State of Origin 2019. Facilities include a gym, changerooms, a hydrotherapy centre with plunge and resistance pools, medical rooms, 60-seat theatre, café, dining and lounge areas, museum and administration facilities. The centre is also linked to ANZ Stadium via an exclusive tunnel for State of Origin matches.

NSW State Manager John Basilisco congratulated the team on a successful build, which will strongly influence the sporting community in the state. “For decades ADCO has been building high-quality sporting facilities across Australia. We were honoured to be involved in NSW Rugby League’s Centre of Excellence which will reinforce the future success of Rugby League in the state.” “ADCO prides itself in developing superior sporting facilities, whether for leisure or professional purposes.”